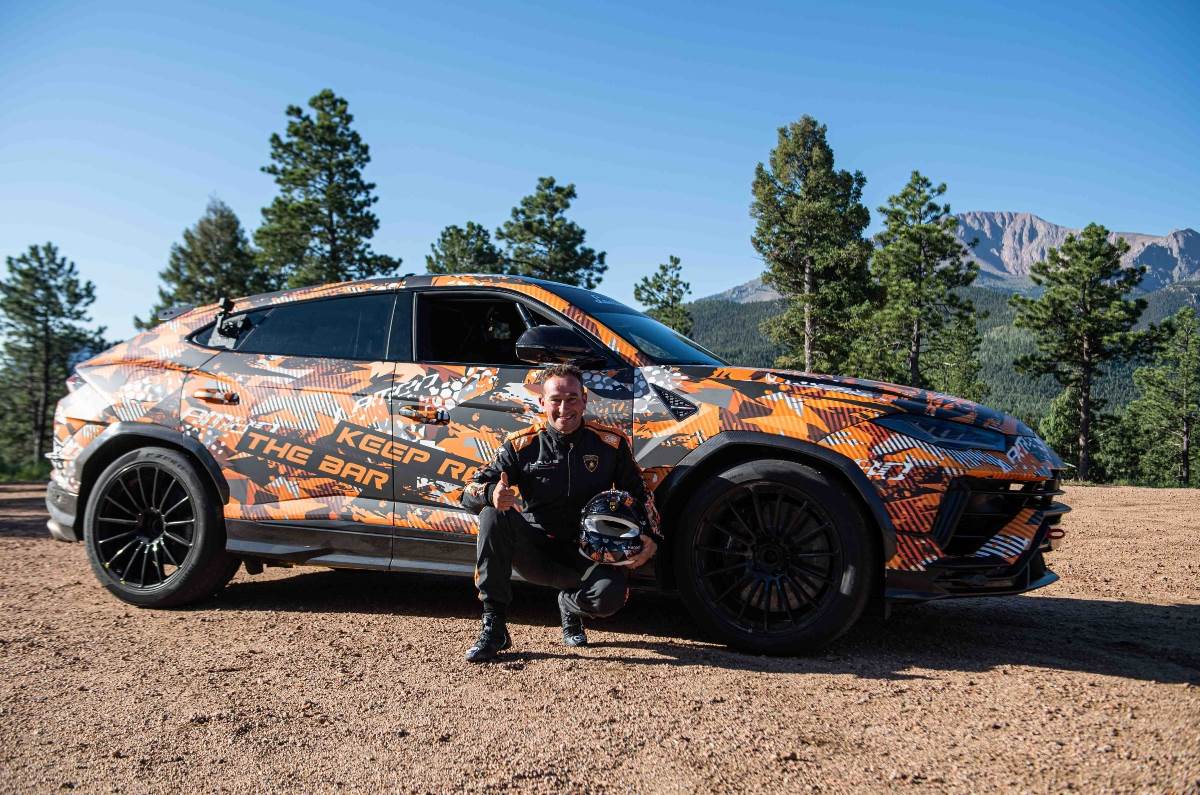 The record-breaking super SUV was powered by the twin-turbocharged 4.0-litre V8 engine.

Lamborghini is all set to introduce a mid-life update for its Urus SUV. Ahead of its premiere later this month, the super SUV has set a new record in the production SUV category at the Pikes Peak International Hill Climb.

Piloted by Pirelli test driver Simone Faggioli, the new Urus set a time of 10:32.064 for the climb, breaking Bentley Bentayga’s record time of 10:49.902 set in 2018. The SUV did not take part in the official race event, but the time was noted by the official timekeepers.

The new Urus was modified to comply with Pikes Peak International Hill Climb safety regulations. Lamborghini added a rollcage in the passenger compartment, replaced the standard seats with a racing seat with a six-point harness and added a fire extinguisher. The only thing that Lamborghini did not modify for the hill climb was the twin-turbocharged 4.0-litre V8. We expect the new Urus to have slightly bit more power than the outgoing Urus. Additonally, a plug-in hybrid powertrain is expected to join the line-up in 2024.

The record was attempted by Pirelli test driver Simone Faggioli

Furthermore, the tyres – 285/40 R22 front and 325/35 R22 rear – on the record-breaking Urus were an evolution of its Pirelli P Zero Trofeo R. Pirelli has developed the semi-slick tyres to meet the characteristics of an SUV and worked closely with Lamborghini to develop it. As a result, the new tyres are said to have increased versatility with high performance on dry and wet surfaces.

Lamborghini attempted the hill climb with a heavy camouflage to mask the design of the new Urus. As per the images, it gets new louvres on the bonnet, redesigned front and rear bumpers along with redesigned vents on the rear quarter panels. The facelift could get new alloy wheels as seen in the photos, but they could just be limited to the race car.