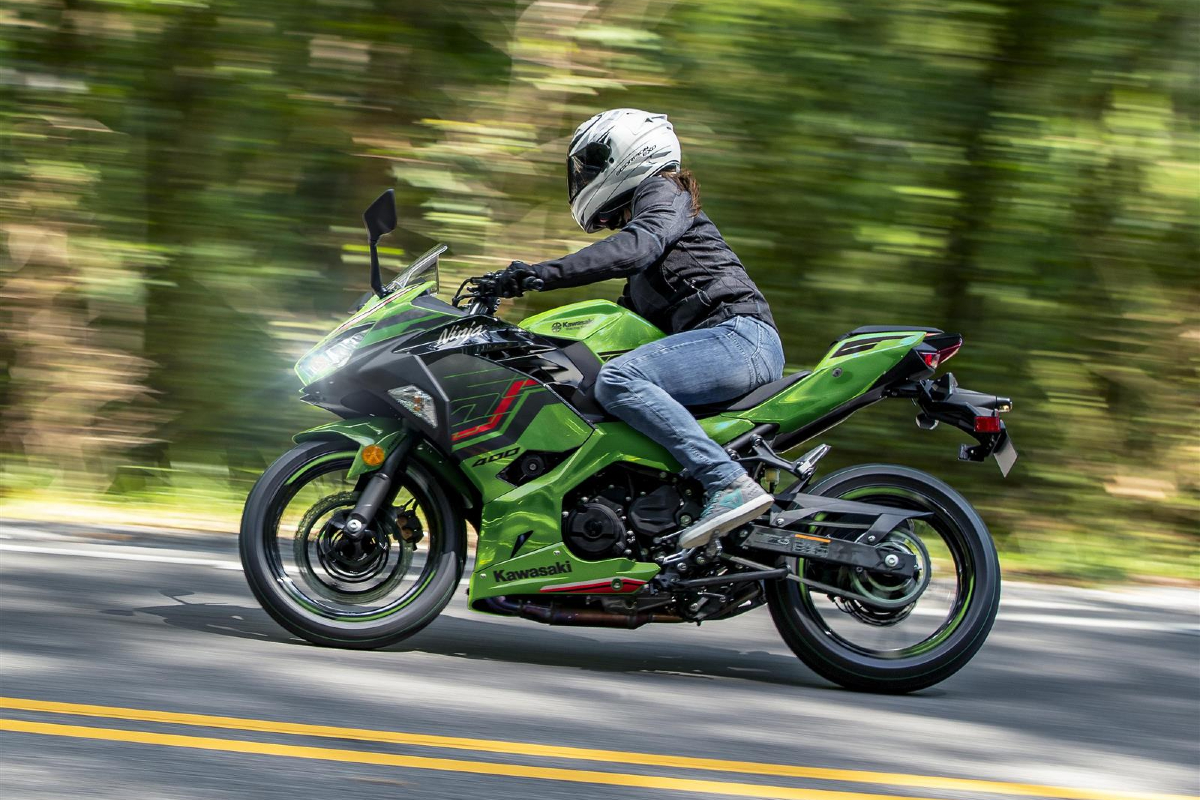 Team Green’s little supersport returns to the Indian market as a BS6-compliant motorcycle, after a hiatus of over two years.

Kawasaki has launched the Ninja 400 in India at Rs. 4.99 lakh, marking the return of the little supersport to our market. The bike was sold here in the BS4 era, but taken off the shelves during the transition to BS6 in 2020.

Ninja 400’s premium pricing makes it quite easily the most expensive bike in its class, demanding considerably more cash than rivals like the KTM RC 390 (Rs 3.14 lakh) and the TVS Apache RR310 (Rs 2.65 lakh). It’s also a massive Rs 1.62 lakhs more expensive than its stablemate, the Ninja 300.

It does come with some class-leading figures and features to go with that price tag, though. It’s powered by a 399cc parallel-twin motor producing 45hp at a heady 10,000rpm and 37Nm at 8000rpm. This marks a 1Nm decrease from the BS4 version. The rival that comes closest to these figures is the KTM RC 390, which manages 43.5hp and 37Nm from its 373cc single-cylinder motor.

But where bikes like the RC 390 and RR 310 get fancy digital TFT displays, the Ninja 400 makes do with semi-digital LCD instrumentation, featuring an analogue tachometer with a neat 12,000rpm redline. Other features on the little Ninja include LED headlights, an assist-and-slipper clutch, an ECO indicator on the dash, and dual-channel ABS.

Despite sporting one extra cylinder and the largest engine in its class, the Ninja is a lighter motorcycle than its competition, tipping the scales at just 168kg. Holding everything together is a trellis frame, just like on the KTM and the TVS, but the Ninja has a very accessible 785mm seat height. Suspension is handled by a telescopic fork (both main rivals get USD forks) and a preload-adjustable monoshock.

We found the little Ninja to be a very nice little bike when we last rode it, but it was severely hamstrung by an almost absurd price tag. Unfortunately, the Ninja 400 in its BS6 guise seems destined for a similar fate.