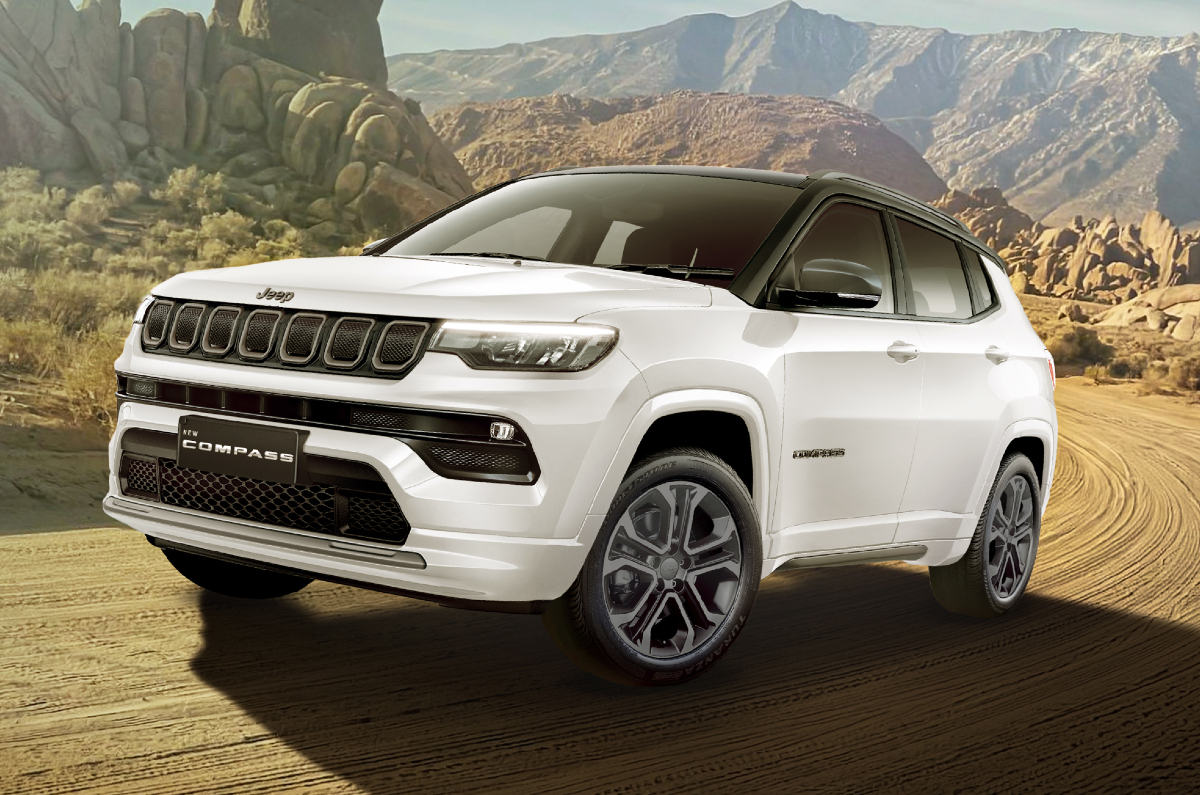 The limited-edition Compass gets styling updates, two engine options and four-wheel drive in diesel AT guise.

Jeep has launched the 5th Anniversary Edition of the Compass in India at Rs 24.44 lakh (ex-showroom, India). Bookings for the SUV have opened across Jeep’s dealerships and website. The Compass was launched in India in 2017 – Jeep’s first locally assembled model – and was given a mid-life facelift in 2021.

On the inside, the SUV sports an all-black colour scheme with piano black accents on the dashboard and a black headliner. Other interior highlights include the 10.1-inch touchscreen infotainment system, panoramic sunroof, an automatic IRVM and contrast stitching on the leather seats.

The 5th Anniversary Edition of the Compass continues with the same powertrain setup as the standard car. Its powered by a 163hp, 1.4-litre turbo-petrol unit that’s mated to a 7-speed DCT gearbox, and a 173hp, 2.0-litre diesel engine, mated to a 6-speed manual. As it’s positioned between the Limited and Model S trims, the 5th Anniversary Edition also gets the 4×4 system in diesel guise with a 9-speed torque converter automatic gearbox.

The Compass competes against the likes of other 5-seat premium SUVs like the Hyundai Tucson, Citroen C5 Aircross and the Volkswagen Tiguan. Jeep will also be launching the next-generation Grand Cherokee in the coming months, which will be locally assembled.

Jeep’s smallest SUV being readied for global debut; to sit below the Renegade