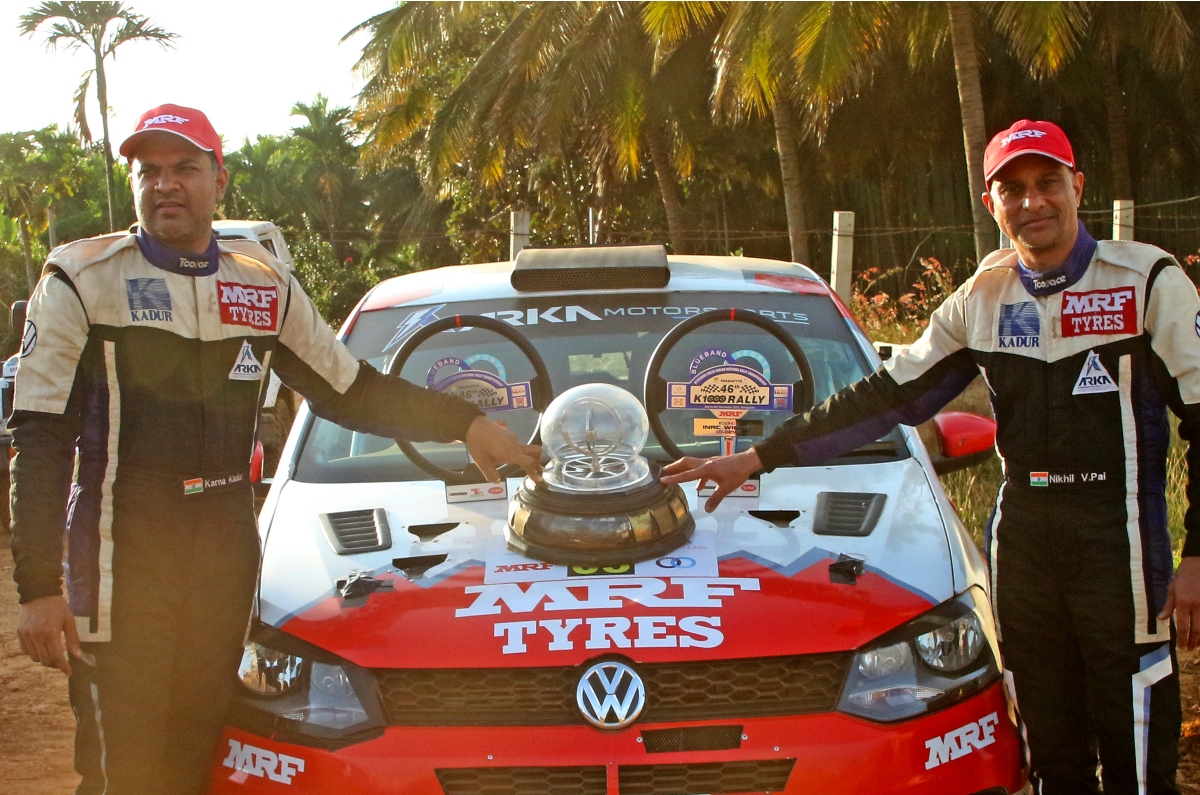 Kadur overcame car damage to win the event and extend his overall lead in the Indian National Rally Championship.

Karna Kadur clinched his first-ever Karnataka-1000 (K-1000) rally win after overcoming car damage on the final day. The rally was Round 3 of the Indian National Rally Championship (INRC) and Kadur’s victory sees him hold on to the overall lead.

Kadur’s title rival Gaurav Gill ended up retiring from the rally twice, both times due to mechanical issues.

Both Kadur and Gill had picked up one win each so far in the championship. Kadur won the South India Rally as Gill was plagued by mechanical woes. But Gill did taste victory in Round 2, the Rally of Coimbatore.

Unfortunately, Karnataka rally fans weren’t treated to the title battle they were hoping for. Seven-time national champion Gill retired on the first stage itself due to a drive-shaft issue on his rally-spec Mahindra XUV300.  He returned the next day to try and collect some individual leg points, and started off strong by setting the fasted time in Sunday’s first stage. But he was forced to retire once again, this time due to a broken front right knuckle on the XUV300.

With Gill out, Kadur took a fairly trouble-free lead at the end of the first day, which was shortened to just four stages after technical glitches. But it looked like his chances of victory would slip away on Sunday when he picked up some heavy damage to his car’s sump guard after clipping a rock.

Lucky for him, Arka Motorsports mechanics were able to repair the damage within 20 minutes during the service break. Looking back on the incident, Kadur said, “The damage was pretty bad in the front because the sump guard got cut. I managed to come back to service and the boys did a tremendous job in carrying out the necessary repairs, including some cutting, chopping and welding, besides fabricating and fitting a new sump guard, all in 20 minutes flat. We checked into parc ferme with just 30 seconds to spare. All kudos to our team who did a tremendous job.”

Thanks to the handywork of his team, Kadur (with co-driver Nikhil Pai) was able to carry on and win the K-1000 rally for the first time. “A pretty emotional moment. My dad (late Prakash Kadur) never won a K-1000 Rally and so, I am first in the family,” he said.

Pragathi Gowda and co-driver Trisha Alonkar won in the women’s category. And finally, the Gypsy Challenge round was won by Samrat Yadav and co-driver Chandrashekar M.