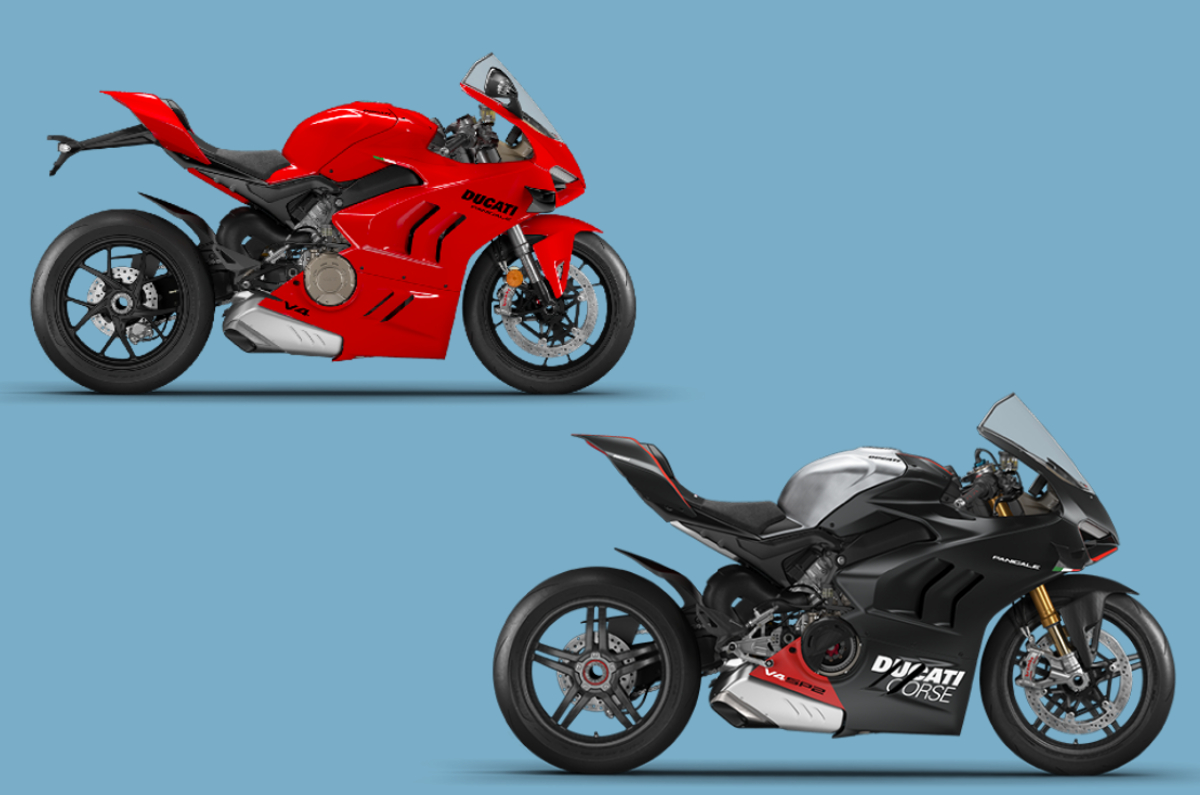 We have learned that Ducati will be launching the updated versions of its flagship sportbike range, the Panigale V4 and the V4S, as well as the ultra-exclusive SP2 version of the bike in India this month. The standard Panigale V4 range received a host of updates for the 2022 model year, including revisions to the engine, gearbox, ergonomics, electronics, chassis and aerodynamics. You can read all about the new changes here.

The SP2 version, meanwhile, is now based on the updated base motorcycle but is equipped with generous amounts of carbon fibre, billet machined parts and a special paint scheme putting it a step ahead of its predecessor, the Panigale V4 SP.

The 1,103cc Desmosedici Stradale V4 engine has been left relatively untouched on the standard Panigales, with only a few changes to the lubrication and exhaust systems, including an oil pump that saps less power and larger diameter exhaust exits to reduce back pressure. As a result, peak power is up slightly, from 214hp to 215.5hp, though torque has reduced, but only by 0.4Nm, to 123.6Nm. More radical changes have been made to the gearbox, which features taller first, second and sixth gears.

The electronic aids and maps have also been revised to accommodate these changes and the Panigale V4 now features four power modes – full, high, medium and low. The new winglets on the updated bike offer the same downforce as before – 37kg at 300kph – but with less drag. There are also new exhaust vents cut into the lower fairing to help with heat management, especially at high speeds.

Coming to the Panigale V4 SP2 (SP stands for Sport Production), the updates are much more comprehensive. The upgrades on the V4 SP2 include higher-spec Brembo Stylema R calipers and an MCS radial master cylinder with a remote adjuster (the Panigale V4 gets standard Stylemas and a more basic master cylinder). While the previous SP came with magnesium wheels, this new SP2 has carbon-fibre ones that are 1.4kg lighter than the forged aluminium wheels of the S variant. Other distinguishing factors include a dry clutch from Ducati’s WorldSBK bikes, a 520 chain and billet-machined adjustable foot pegs. It is not yet certain whether the carbon wheels will come to India or if like the rest of the recent exotic models, it will be equipped with forged magnesium wheels.

The SP2 comes draped in Ducati’s winter test livery that features a bare metal tank and matte black fairings with bright red accents. The lower part of the fairing gets the Ducati Corse logo and the wings are embellished with the Italian flag. It also gets a machined steering head that features the bike’s model number. Among the vast options catalogue is a new full-titanium Ducati Performance racing exhaust as well, developed in collaboration with Akrapovic. This helps bump up peak output figures to 228hp and 131Nm from the standard 215.5hp and 123.6Nm.

These bikes are likely to be launched in the latter half of the month and will get a slight bump in price from the outgoing models. The Panigale V4 currently carries a price tag of Rs 23.50 lakh for the standard model and the V4S retails for Rs 28.40 lakh. The Panigale V4 SP was priced at Rs 36.07 lakh when it was on sale in India.

Which version would you go for if you were in the market for a flagship Ducati sportbike? Let us know in the comments section below.