The updated 2021 Royal Enfield Himalayan has been launched with prices starting at Rs 2.01 lakh. The model was updated to comply with BS6 norms nearly a year ago, and you can head here to read our review on that model. For 2021, the Himalayan gets a few updates to its features and design.

In terms of overall design, the bike remains largely the same as before. The most significant differentiation factor is the new colour schemes that the bike will be available in. These include the Granite Black and Pine Green colour schemes.

The updated Himalayan also features an additional pod on the right side of its existing digi-analog instrument cluster. This system is the same Tripper Navigation unit that made its debut on the new Meteor 350. 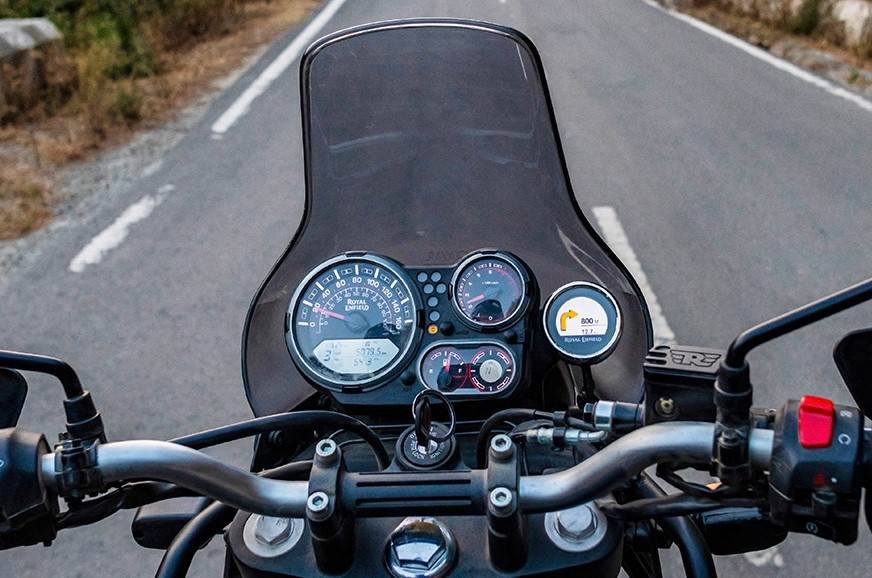 For those of you who are unfamiliar with the Tripper system, it’s the manufacturer’s Google-powered turn-by-turn navigation system. It works alongside the Royal Enfield app after pairing the phone to the system using Bluetooth. The screen, however, does not display incoming messages or calls.

Another change is in the metal frame that is mounted towards the front of the tank. On the previous iteration of the bike, it would sometimes come into contact with the knees of taller riders, and Royal Enfield seems to have addressed that on this new model by using a smaller, more forward-set unit.

The updated Himalayan demands a Rs 10,000 premium over its predecessor that had a starting price of Rs 1.91 (ex-showroom, Delhi).

Apart from the Himalayan, Royal Enfield is working on a number of other new products like a new Classic 350, a 650cc cruiser and more. You can click here to read more about these bikes.