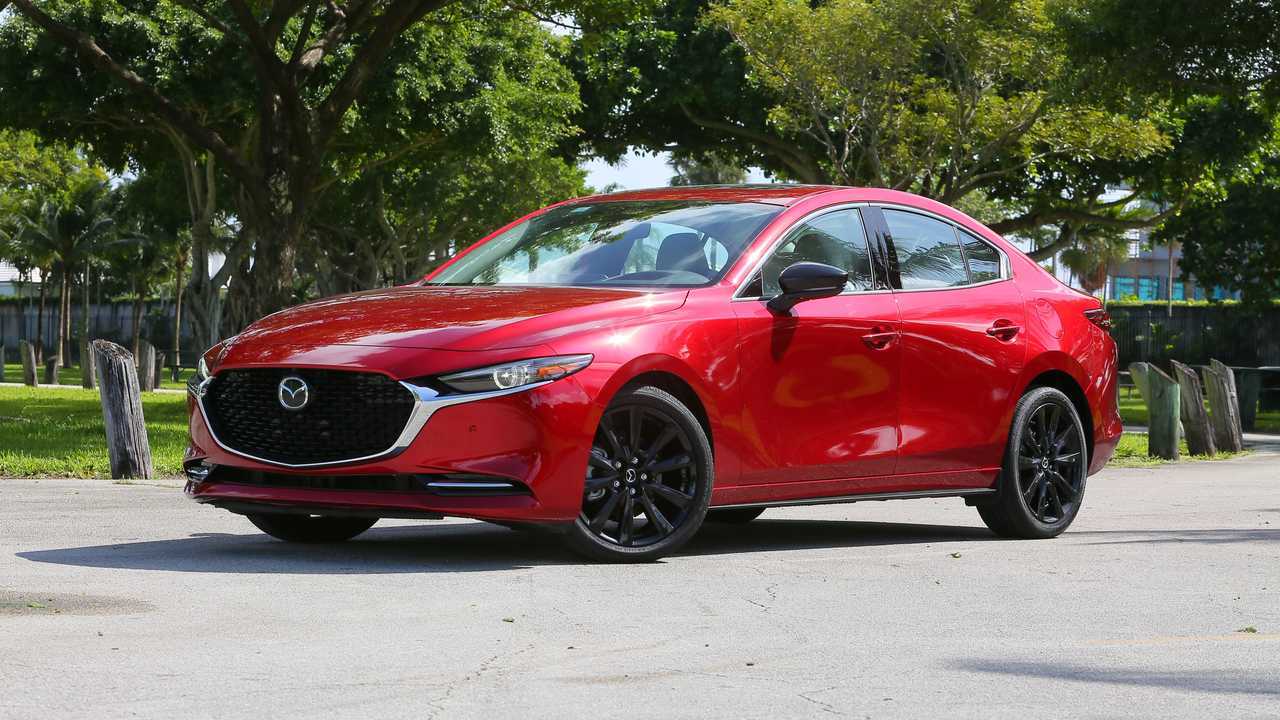 After driving the new 2021 Mazda3 2.5 Turbo for the first time I had exactly one thought: Damn, I miss our long-term test car. The Motor1.com Mazda3 hatchback spent the first quarter of this year in our custody, racking up praise from our staff, with the noted caveat that it needed more power.

Mazda sought to quell our concerns and those of every enthusiast by finally adding a turbocharged engine to the Mazda3 sedan and hatchback. And I’m here to tell you that it worked. Mostly.

To understand what the Mazda3 Turbo is all about, let’s add some context. The step-up in power is not about going to battle with cars like the Volkswagen Jetta GLI or Honda Civic Si. Instead, Mazda thinks the Turbo is good enough to court buyers away from entry-level premium products like the Mercedes A-Class and BMW 2 Series Gran Coupe. The Mazdaspeed days are over, friends, and while that might make any Mazdaspeed3 owner reading this upset, it’s for the best.

I’m not going out on a limb to suggest any of this, either. Mazda spelled out its logic during a presentation filled with lots of charts and numbers. Customers are slowly recognizing Mazda as a near-premium brand, and these buyers want more horsepower. Adding A plus B should mean selling more Mazda3 sedans and hatchbacks.

The new car uses a 2.5-liter four-cylinder with – you guessed it – a turbocharger, for a total output of 250 horsepower and 320 pound-feet on 93-octane fuel (91-octane fuel cuts output to 227 horsepower and 310 pound-feet). Those figures represent a healthy gain over the naturally aspirated Mazda3’s 186 hp and 186 lb-ft, and should help bring some Zoom-Zoom (remember that?) back into the mix.

Customers are slowly recognizing Mazda as a near-premium brand, and these buyers want more horsepower.

Mazda reworked some of the car’s hardware and software to match the added grunt. Now, there’s standard torque-vectoring all-wheel drive that sends three times more power to the rear axle than before. Engineers also stiffened the front springs and dampers and reinforced the front knuckle for extra handling support. A revised Sport mode allows for quicker gearbox response time.

Having driven several thousand miles in the naturally aspirated Mazda3, I was eager to see how those changes impacted the overall performance. Rounding a corner onto my favorite highway onramp, I gave the Mazda a hearty right foot. In practice, the Turbo absolutely feels faster than the NA car, and it builds speed from a much lower point in the rev range thanks to the hearty torque figure. After a few moderate acceleration runs, the 2.5 felt less like an enthusiast engine and more like a helpful appliance. I was left shrugging my shoulders, like someone who won a few bucks on a scratch-off ticket – it’s not what I wanted, but I’ll take it.

I place most of the blame on the six-speed automatic, which lacks the vigor and responsiveness like you’d find in the GLI’s dual-clutch. Mazda said it stuck with a six-speed gearbox instead of the now-commonplace eight and nine-speed units because fewer gears means less time shifting, and that means higher driving engagement. However, the Mazda3’s unit doesn’t add to the overall experience in any positive way.

For all the flack I give the engine for its straight-line performance, the added power makes cornering more enjoyable. It’s easy to build more speed ahead of a turn, and when that happens the car is ready to play. Competitors could learn a thing or two from Mazda’s steering setup. It delivers precise feedback through the wheel, which skews toward heavy weighting. With its all-wheel drive setup, the Mazda3 offers surprising grip. Through a twisty road, the Turbo is happy as can be, showing off wonderful balance and an eagerness to keep attacking.

Competitors could learn a thing or two from Mazda’s steering setup.

Your reward for buying this powertrain doesn’t come in a straight line, it comes the very first time you time the accelerator just right exiting a corner. Chalk it up to the extra torque, or maybe the suspension and all-wheel revisions, but the Turbo handles curvy roads in a way the NA car just doesn’t match.

A Winning Design, Dialed Up

Mazda loves to stress the importance of its Kodo design philosophy, which emphasizes simple forms and minimal disruptions in shape. The 3 is unquestionably one of the best looking on the road today. The Turbo comes with a few tweaks, although most of them are specific to the hatchback.

The five-door features an optional aero kit ($1,075) that comes with a unique front air dam, spoiler, rear diffuser, and side sill extensions to add some aggression. Meanwhile, the sedan only gets a special front spoiler. Both models come standard with larger tailpipes and 18-inch black alloy wheels. Beautiful BBS forged rollers are optional but they cost a downright stupid $3,675.

Save Thousands On A New Mazda Mazda3 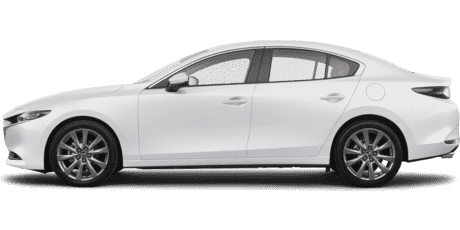 Apart from the wheels, the sedan is hardly distinguishable from its NA counterpart. At least the hatch gets some extra attention, bringing it a bit closer to the Mazdaspeed3 we all keep dreaming about. If it’s any consolation, the interior is still a masterpiece. It remains the single best thing about the car and the most compelling reason to buy it – yes, even with the new engine.

It’s also worth mentioning the penalty that comes at the pump: 23 miles per gallon city, 32 highway, and 27 combined. The turboless model with all-wheel drive does 25 city, 33 highway, and 28 combined.

Prices for the Turbo start at $29,900 for the sedan, and $30,900 for the hatch. A fully kitted-out Mazda3 Turbo Hatchback is not a cheap proposition. An enthusiast-approved spec with the Premium Plus package, aero kit, BBS wheels, and Soul Red paint comes out to $39,095 (woah!).

Any premium rival from Audi, BMW, or Mercedes can easily run up the price beyond that, but Mazda doesn’t carry the same brand cachet. As great as the Turbo looks, and as great as it drives, it doesn’t justify spending almost $40,000 dollars. The company can definitely back the claim that it’s aiming at premium brands – especially with such fine interior quality – but it’s not quite there. After experiencing this car, I think value for money is an important piece of the puzzle that Mazda might be overlooking.

This brings me right back to where this started: our long-term, non-turbo Mazda3 Hatchback which carried a price tag of just over $30,000. For that money, the standard Mazda3 is a legit bargain, and still the one to have.