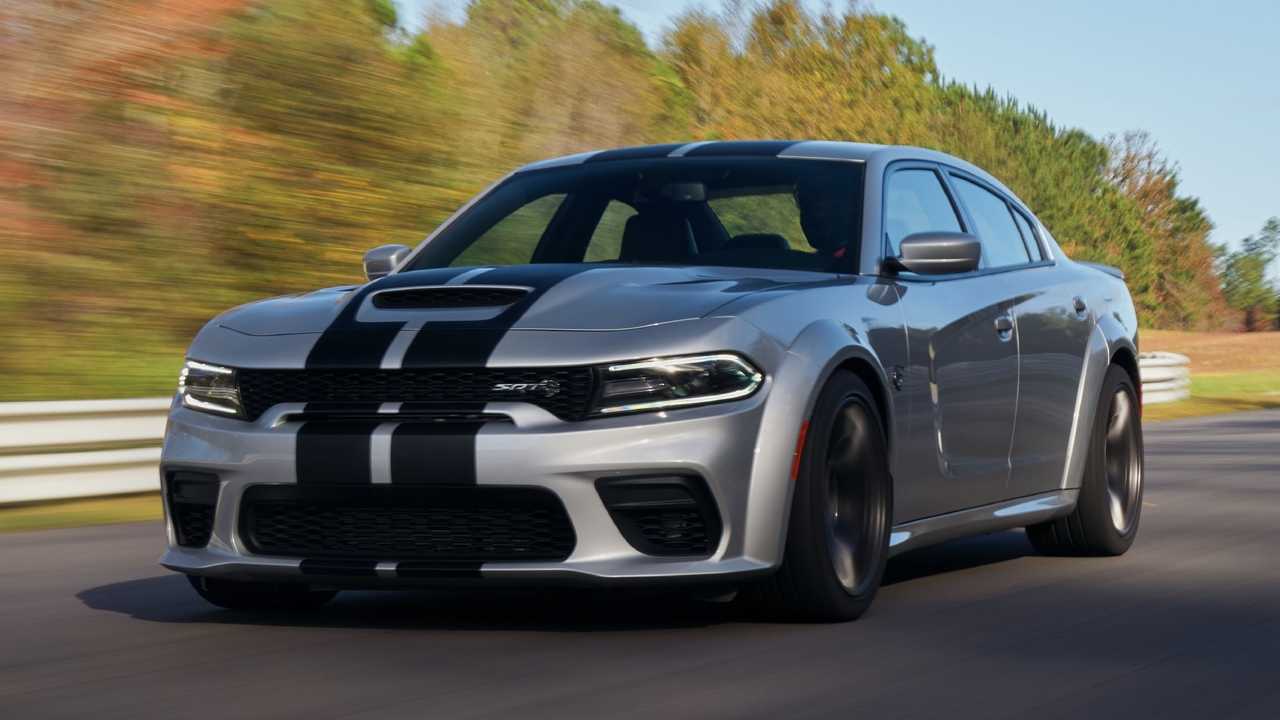 Dodge knows a thing or two about muscle cars. It’s been building brutish quarter-mile racers since the 1960s, and even under the looming pressure of autonomy and electrification, the company continues to do so today – and better than anyone else. But while quarter-miles times and stoplight sprints are still very much part of the equation (see: the new Super Stock), the 2021 Dodge Charger Hellcat Redeye is a bit different.

Yes, with 797 horsepower, 707 pound-feet, and a top speed of 203 miles per hour, this car is fast as hell in a straight line. But engineers tweaked the Hellcat’s power steering and added a better adaptive suspension, which carries over to the new Redeye, in an effort to make the car more capable on the track. And guess what – it worked.

We made the trek to Charlotte, North Carolina, to see how the new Redeye feels firsthand, both on the road and on a closed course. And even in just a short time with the rocket-powered four-door on the track, it’s obvious the Redeye is a different animal entirely – and the most track-focused Charger we’ve ever driven.

First thing’s first: How does one make the world’s fastest sedan even faster? In the case of the Charger Redeye, engineers swapped the standard Hellcat’s 2.4-liter supercharger for a larger 2.7-liter unit and bumped the boost from 11.6 psi to 14.5. They also gave it a higher redline – 6,500 rpm vs 6,200 rpm – and strengthened the axles and driveshaft, improving torque capacity by 20 and 15 percent respectively. And because that hugely powerful 6.2-liter engine does get hot, subtle tweaks to the front-end design almost double the cooling capacity.

The end result of all that tinkering is an insane 797 hp and 707 lb-ft, funneled to the rear wheels via an eight-speed automatic – an improvement of 80 horses and 57 lb-ft over the standard Hellcat model. Flat out, the Charger Redeye is about as quick to 60 miles per hour as its Charger Hellcat sibling, able to get there in 3.6 seconds. But it’s on the top end where the Charger Redeye shows its speed; this super sedan tops out at 203 miles per hour, making it the fastest four-door in the world.

Unfortunately (or maybe fortunately for the general public), the rural roads around Charlotte aren’t the best setting for putting those newfound figures to trial. Instead we keep it cool, puttering around the tight byways in Street and Sport drive modes for the most part, only occasionally hammering it on the straightest and emptiest pieces of pavement for a quick bit of deliverance. There would be plenty of time to wring out the Charger Redeye at our final destination: Carolina Motorsports Park.

But the two-plus-hour hike gives us a chance to see how this car is on the road. And like most Chargers, the Redeye is an exceptional daily driver. The big sedan is subdued when you want it to be and easy to drive at a moderate pace. This isn’t always some unforgivable, fire-breathing beast – when it’s time to take it easy, the Charger obliges.

Like most Chargers, the Redeye is an exceptional daily driver.

The Bilstein adaptive suspension is receptive and smooth in the two introductory drive modes: Street and Sport. The electronic power steering – standard on both the Hellcat and Redeye – is effortless. And when you don’t have your foot flat to the floor, the supercharged V8 feels like it’s using maybe half its available output, which is still more than enough.

The only thing that can be said against the Charger on-road is how extremely thicc this car is. Both the Redeye and Hellcat are widebody-only for 2021, which means the duo gains an extra 3.5 inches of girth over the traditional models. Visually, the wider hips look killer – and really, we wouldn’t want it any other way – but it does make navigating narrow streets and tight parking lots a bit sketchy.

The technology isn’t great, either. Yes, we’re nitpicking a 797-hp super sedan – but after testing Uconnect 5 in the updated Pacifica, it’s jarring to jump in the Charger with the old and now-outdated Uconnect 4. The navigation is clumsy, difficult to use, and led us in the wrong direction multiple times. The graphics aren’t as crisp either, and the whole setup now feels cluttered by comparison.

Finicky tech aside, the Charger Redeye does what it’s supposed to do very well: tear up the track. Our on-road drive led us to the Carolina Motorsports Park, a nice little course hidden deep in the pines, dotted with some moderate twists and a few long straights. It’s an ideal place to put a speed demon like the Charger Redeye through its paces.

First thing we did was tick all the drive mode settings from Street to Track (via the Performance Pages screen). That stiffens up the suspension, adds weight to the steering, and sharpens the throttle and gearbox response. Granted, a lot of modern performance cars have Track settings, but the Charger Redeye’s transition from Street to Track is jarring. The throttle is insanely touchy and the gearbox shifts with the intensity of a recoiling shotgun – on the road it makes the Redeye undrivable, but on the track it makes this car feel absolutely perfect.

If you thought the standard Hellcat was stupid fast, this car is stupider.

The quicker, borderline twitchy throttle means all that power is available the second you put your foot down; even the faintest poke at the gas pedal spools up the bigger supercharger. We gun it on the first moderate straight and get the Charger up to 115 miles per hour without even trying. If you thought the standard Hellcat was stupid fast, this car is stupider. Few vehicles in our experience – outside of some high-end supercars – put down power as effortlessly and as suddenly as the Charger Redeye does.

Save Thousands On A New Dodge Charger

Massive six-piston Brembo stoppers brought the Redeye back down to speed easily, too. Under hard braking is where other Chargers might get squirrely on you, but the Redeye only wiggles its wider hips a touch, allowing for a smooth, seamless transition into the any turn.

The steering on the Charger Redeye is sublime. As we flung it into the corners, there was a tactile, weighty feel that yielded amazing feedback from the pavement to your fingertips. You know exactly what this car is doing at all times. And the body movements are uncharacteristically composed and flat for a Charger – other versions of this car feel too wafty. Much credit to the Bilstein adaptive suspension, wider body, and ultra-sticky Pirelli P-Zero tires (305/35ZR20); we’re confident saying the Redeye handles better than any other Charger before it.

However, we should note one thing: Dodge forced us to keep the traction control in Street mode the entire time as opposed to Sport or Track. It doesn’t dull the experience, per se, but you can tell that the electronic nannies were doing their damndest to keep the car from getting too loose, especially as we powered the vehicle out of tighter turns. Even our instructor admitted that the car will slide out from under you pretty easily with the traction control in Sport or Track modes. Point taken.

But that’s a small asterisk to the overall driving experience of the Dodge Charger Redeye. This car is an absolute monster – it’s absurdly fast, shockingly agile, and riotous at full-tilt. This is the Charger to get if you truly want to tear up your next track day.

As you’d expect, those 797 horses don’t come cheap. The starting price of the Dodge Charger Redeye is a hearty $78,595. But weigh that price against some of the comparable alternatives – of which there are very few – and it’s hard to argue the Charger Redeye isn’t the best overall bang for your buck. The BMW M5 costs $103,500, the Mercedes-AMG E63 S starts at $107,350, and the Audi RS7 starts at a whopping $114,000. And for the record, all of those options are still less powerful.

The title of “world’s fastest sedan” should immediately sell you on the Dodge Charger Redeye. And if that doesn’t work (for some reason), spend five minutes with this car on the track; the Redeye is sharper, quicker, and an all-around better performer than its Hellcat sibling. We can’t imagine a Charger better than this one, but then again, who knows what Dodge will do next.

2021 Kia Sportage Ace Is Not The New Global Sportage