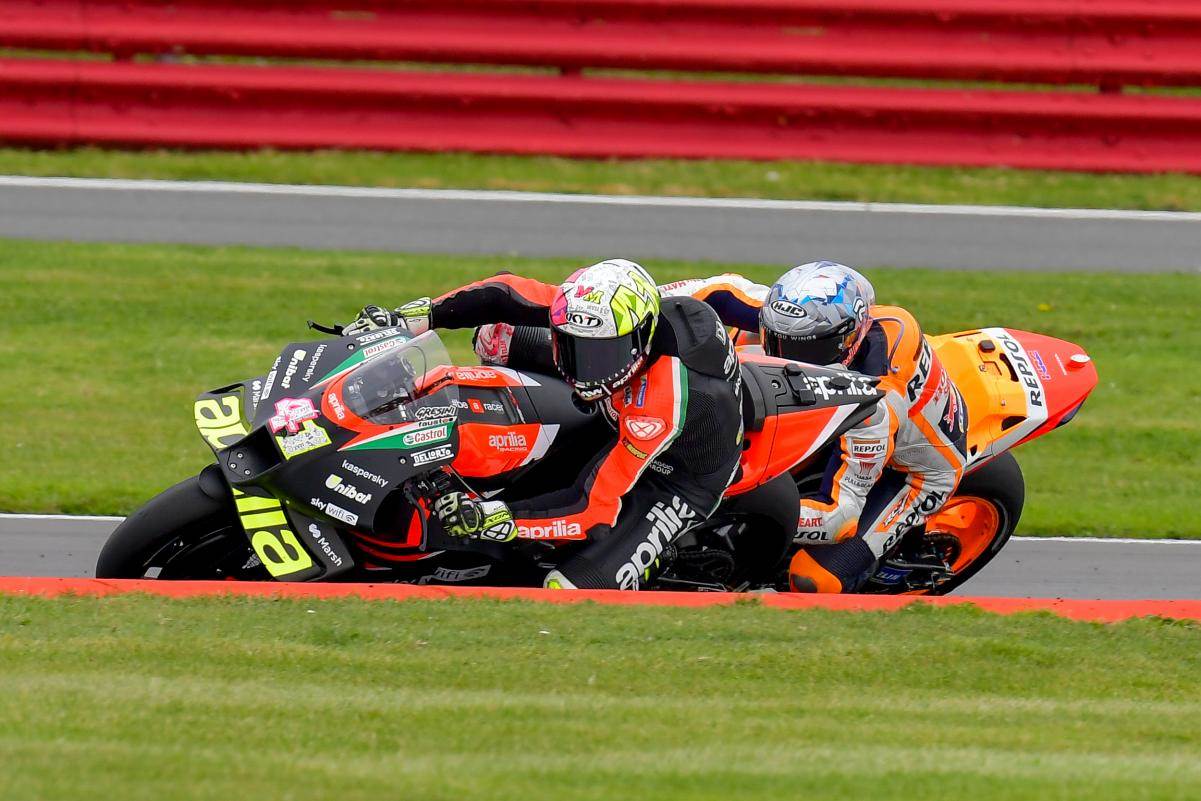 Fabio Quartararo has returned to winning ways for the first time since MotoGP returned from its summer break three weeks ago. The Frenchman took a dominant win in front of a sold-out British audience and consolidated his championship lead in the process.

Surprise poleman Pol Espargaro got off to a flying start and took the lead into Turn 1, even managing to eke out a bit of a gap halfway around the first lap. It was his brother Aleix Espargaro on the Aprilia who got a similarly fantastic start from 6th on the grid and slotted into 2nd place behind Pol. He then set about closing the gap back down, while Quartararo ended the opening lap in 4th place, one spot behind closest championship rival Francesco Bagnaia, onboard the Ducati. 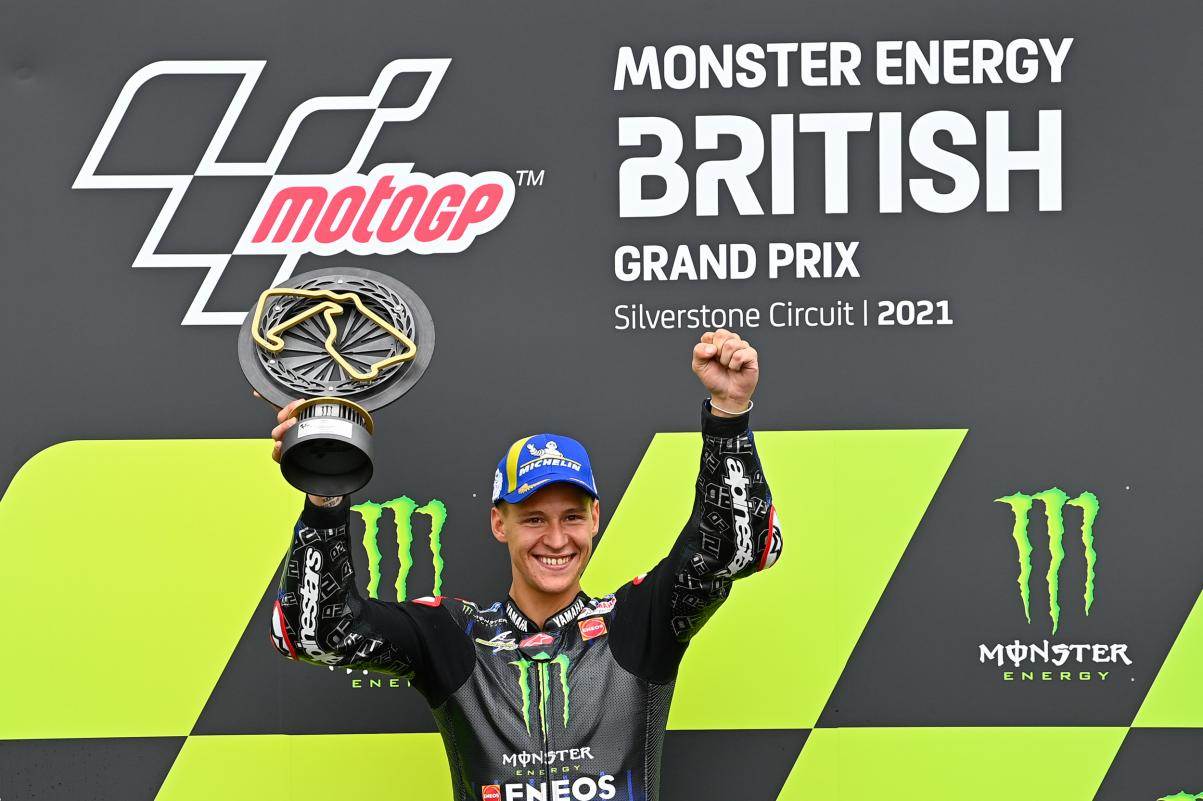 Quartararo got past the Italian on lap 3, and the pair of them got past Aleix Espargaro as he made a mistake and ran wide on lap 4. With only Pol Espargaro ahead of him, Quartararo got down to business. He took the lead with a brave move on lap 5, and that was the last anybody saw of him. Because he then proceeded to lay down a blistering pace that nobody could match, eventually taking the chequered flag 2.6 seconds clear of the rest. 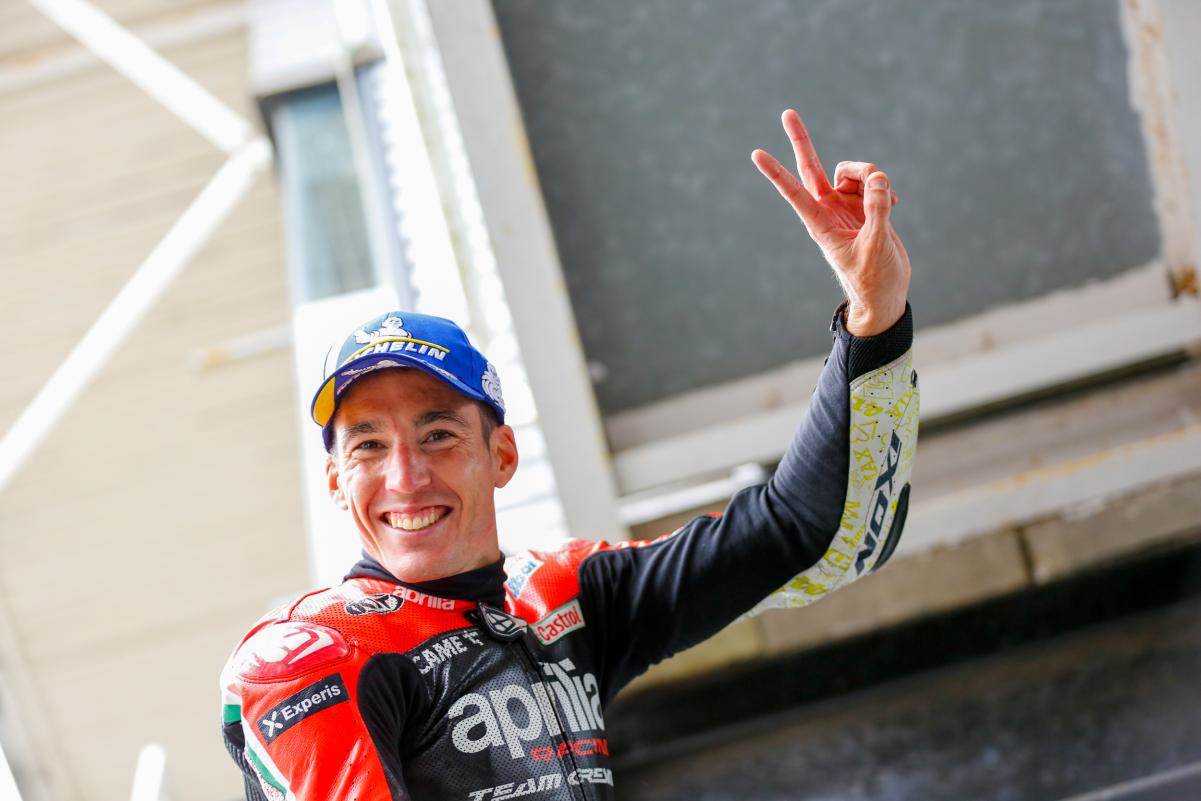 Behind him, Aleix Espargaro regrouped and overtook his brother to claim 2nd place, which he held for the middle portion of the race. But that position was eventually captured by a hard-charging Alex Rins, who gradually cut through the pack on his Suzuki, from 10th on the grid to earn a much-needed podium spot. Aleix then had his hands full defending 3rd place from Ducati man Jack Miller, with the pair embroiled in a scintillating last lap battle for the final podium spot.

Maximising the quick-turning nature of the Aprilia, Espargaro managed to hold on to 3rd spot, giving Aprilia their first podium finish in the modern MotoGP era. After featuring in the podium positions early on, Bagnaia’s choice of a soft front tyre worked against him as he steadily dropped back through the field over the course of the race. It was a similar story for Joan Mir who was on the same tyres as Bagnaia.

While Quartararo took home the maximum haul of 25 points, his main championship rivals faltered massively. Bagnaia could only manage a lowly 14th place (2 points) while fellow Ducati man Johann Zarco came home in 11th place (5 points), having never had a strong pace throughout the weekend. Reigning champion Mir finished down in 9th place (7 points), denting his chances of retaining his crown.

As a result of this, Quartararo now sits a comfortable 64 points clear of the field, having come into the British round with a 47-point lead. With only six confirmed races still to go, the Frenchman seems to have one hand on the championship already.