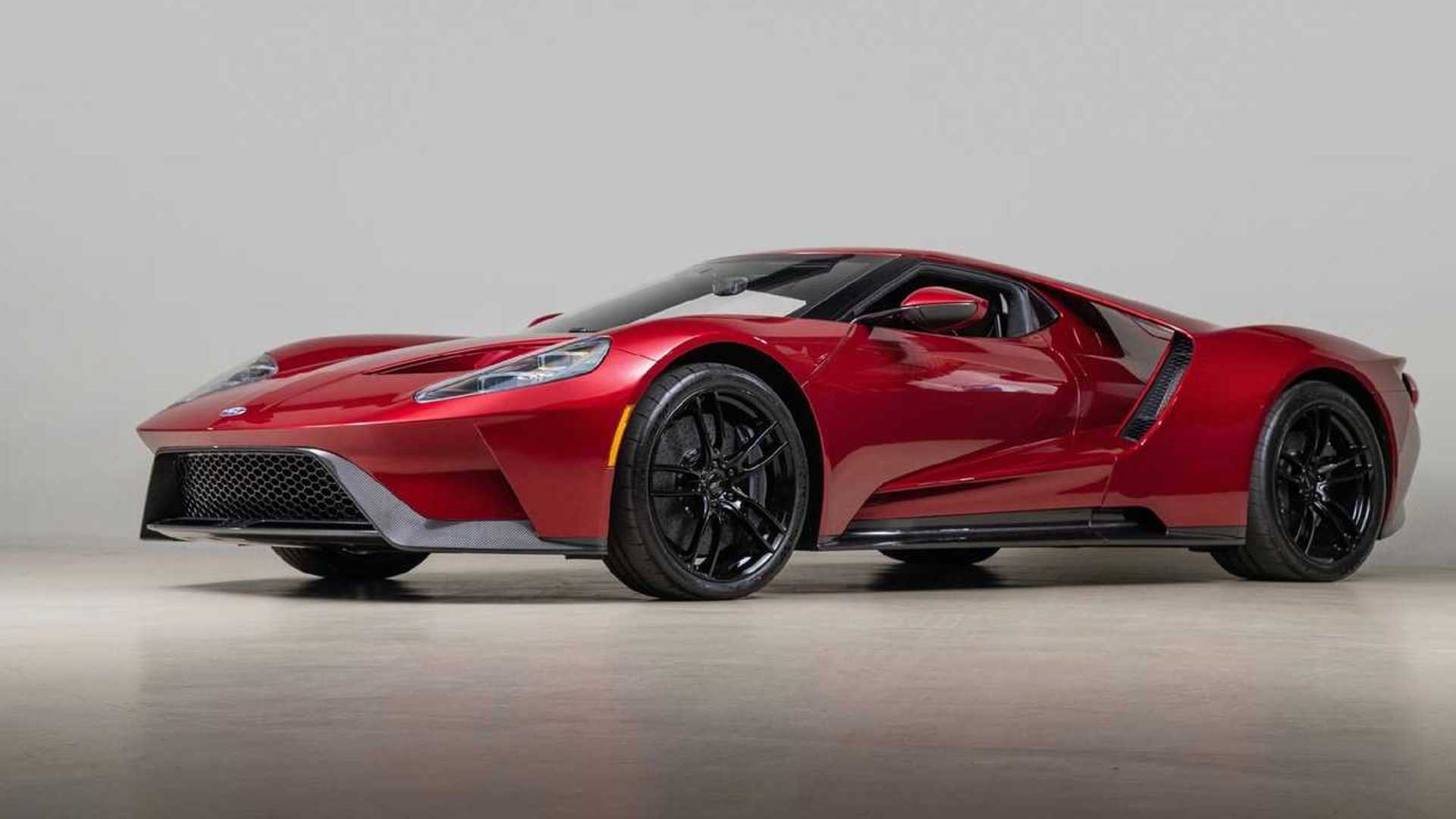 The Ford GT launched in 2016 as the Blue oval’s absolute flagship. With just 1,350 examples planned for production, it’s a rare supercar and you are no longer able to order one brand new – like it or not, all units have been spoken for. Production ends in 2022 but some of the delivered GTs are already looking for new owners.

One very special example of the GT is now up for sale by Canepa. It’s the car owned by the same guy who led the GT’s design team – Moray Callum who is responsible for the overall look of the vehicle.

When Ford announced the GT is coming to the general public, it launched a strict application process to ensure no one is buying a GT just to flip it for a profit. Each approved buyer of the GT signed a document that included a two-year waiting period before they can sell the car. The early examples are now eligible to go on the second-hand market.

This particular car is from the 2017 model year and has just 204 miles on the odometer making it virtually brand new. When ordering his car, Callum specced the exterior in the stunning Liquid Red Metallic with the contrasting Re-Entry interior package. The dashboard and seats are wrapped in fine white leather. Needless to say, the vehicle is in absolutely immaculate condition.

Under the hood is Ford’s 3.5-liter V6 EcoBoost engine tuned to deliver 647 horsepower and 550 pound-feet of torque. The power reaches the rear wheels through a seven-speed dual-clutch automatic – very similar to what the Mercedes-AMG GT uses but more expensive.

The price? Canepa is listing the red GT as a recent arrival available at an undisclosed price. A 2020 GT starts at about $500,000 and given the rarity of the supercar and this particular example’s heritage, we expect it to go for more than $0.5 million.